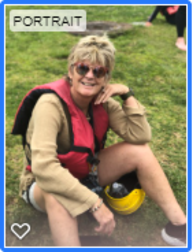 Thanks For Visiting My Site

What's Next for Lori

Never mind searching for who you are. Search for the person you aspire to be.

Book Excerpt
Jessie approached her destination and pulled her mind back to reality, realizing many years had passed since that night. In her minds-eye, she could still trace the curvy softness of Rachael’s flesh. Jessie had memorized her sweet scent and the sound of her infectious laugh. The years of seduction and foreplay, lingering glances, stolen kisses, and rare moments of sexual stroking, always unexpectedly ending just as quickly as it began were all still pummeling her mind. Here I go again, setting myself up for disappointment. After all the years, Jessie realized the essence of Rachael enveloped her even now. The anxiety of seeing Rachael today was overwhelming her. As Jessie slowed the car, her knees went weak from the force of her fantasy. Finally sighing, Jessie came to terms with her everlasting disappointment. Rachael was straight.